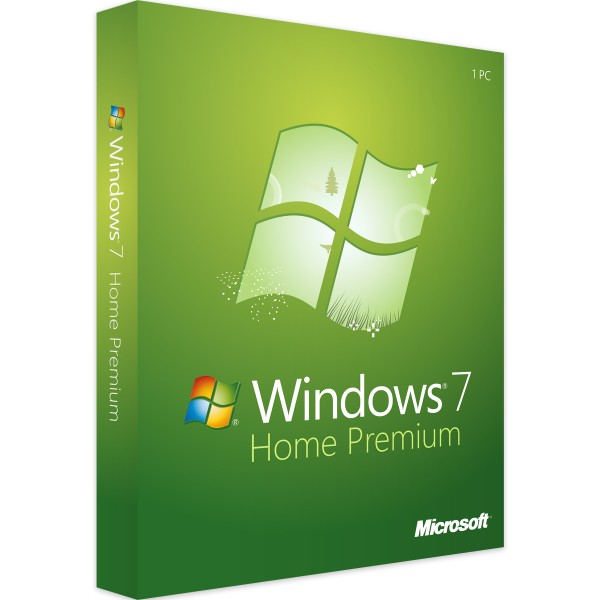 Windows 7 is considered by many users to be the best operating system Microsoft has ever developed. For this reason, it is still on the computers of many private and business users. These users say that Microsoft has not yet given them any reason to upgrade to a newer Windows. Their version is still too powerful. Microsoft Windows 7 Home Premium is considered the perfect all-rounder version for home users. Anyone who wants to play games, do serious work, surf or consume media will get the best possible support from this version of the operating system.

Microsoft had made some decisions before the release of the different editions of Windows 7, which were widely not necessarily enthusiastically received. In short frequency, Windows ME and Windows 2000 had replaced the popular Windows 98. Microsoft felt compelled to remedy the situation with Windows XP. Just when this version seemed to be mature, it was replaced by Vista. This operating system, which appeared in 2007, caused considerable opposition: From hardware requirements to user account control to miserable translations, there was criticism. Windows 7 was therefore released only two years later - Microsoft proved that it took the negative voices regarding Vista seriously.