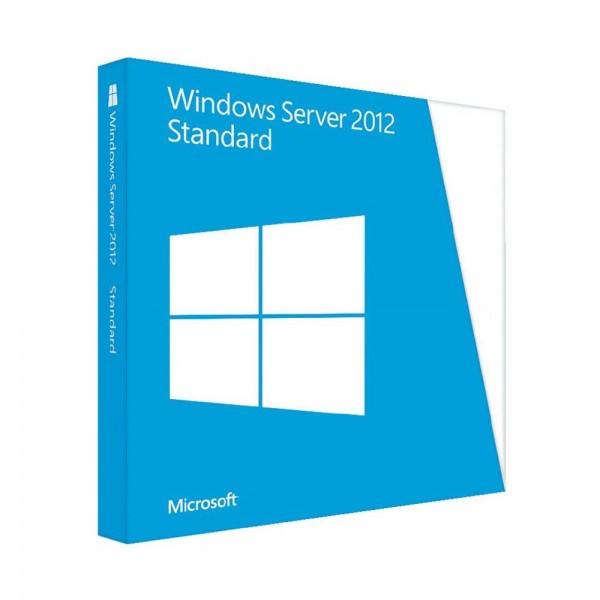 Windows Server 2012 Standard appeared as the successor to Windows Server R2. It is the first server operating system from Microsoft that belongs to the current generation of corresponding software solutions. Due to the fact that it has already been on the market for a few years, it convinces with a strong price-performance ratio. Users who buy Windows Server 2012 Standard will get a multi-talented system that is free of all teething troubles and bugs in the best sense of the word. It reliably delivers top-notch services

WindowsServer 2012 Standard is optimized for touchscreens

As a server operating system, Windows Server 2012 is the counterpart to Windows 8, and the tile look optimized for touchscreens can be found here as well. This is useful, for example, for all users who want to make settings in data centers via tablets or work remotely via a mobile device. Those who do not need a touchscreen and/or do not appreciate the tile look can also opt for the so-called core view. In this case, the "classic" Windows look appears

Windows Server 2012 Standard offers various tools that make it easier and faster for users to work. The new Task Manager, for example, categorizes the running processes. PowerShell 3.0 makes it easier to customize system settings. Internet Information Service 8.0 supports the management of extended validation certificates. These can be replaced or renewed much more easily

Users who purchase Windows Server 2012 can easily set up virtual machines. Microsoft has integrated a new version of Hyper-V for this purpose. Extensive cloud connection options are also on board. The server can be backed up by a corresponding connection in Azure, for example. Users can operate two physical as well as virtual instances with the standard version of Windows Server 2012. This license model is therefore ideally suited for small as well as medium-sized companies that only rely on moderate virtualization

The standard version of Windows Server 2012 also features dynamic access control. This allows data to be managed much more securely than in previous versions. For example, it restricts which files can be accessed by meta data and background applications. The system does this more intelligently than before. Previously, access rights could be accidentally released, for example, by moving files to new folders. Windows Server 2012 eliminates this vulnerability and supports both ReFS and NTFS file systems.