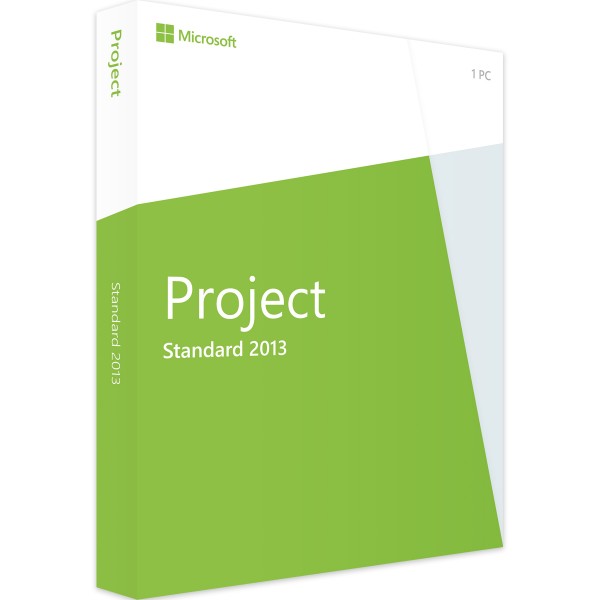 Microsoft Project 2013 Standard: This software solution thinks along with all your plans

Microsoft Project 2013 Standard is aimed at private users, freelancers, the self-employed and small businesses. The software solution has the necessary tools to plan projects of all kinds solidly and to carry them out successfully. The program offers a great service, especially for inexperienced managers: The software thinks along with all planning and performs plausibility checks in the background. Frequent and mostly annoying mistakes are avoided in this way.

Buy Microsoft Project 2013 Standard: The key strengths at a glance

Plan projects of any size and execute them successfully

Microsoft Project 2013 Standard is primarily designed to successfully plan projects of any size. As a private person you want to organize and carry out the Christmas party of your club? You want to take your employees on a company outing? You want to change the entire way your company works as part of a major project? All of these plans can be successfully planned and executed with the standard version of Microsoft Project 2013.

For example, you can manage the deployment of employees and resources. In addition, time accounts can also be integrated. For example, if certain club members do not have the whole evening to stand at the mulled wine stand during the Christmas party, this can be taken into account. Of course, the software solution also has the option of calculating costs and running through different scenarios. In this way, projects that turn out to be significantly more expensive than planned are a thing of the past.

The standard version of Microsoft Project 2013 has numerous automations. As part of these, the program can perform various plausibility checks to determine whether specific plans make sense. As an example: If employees are assigned twice or specialist rooms are occupied more than once, the software solution sounds an alarm. Such errors can happen quickly and can be easily corrected by Microsoft Project 2013.