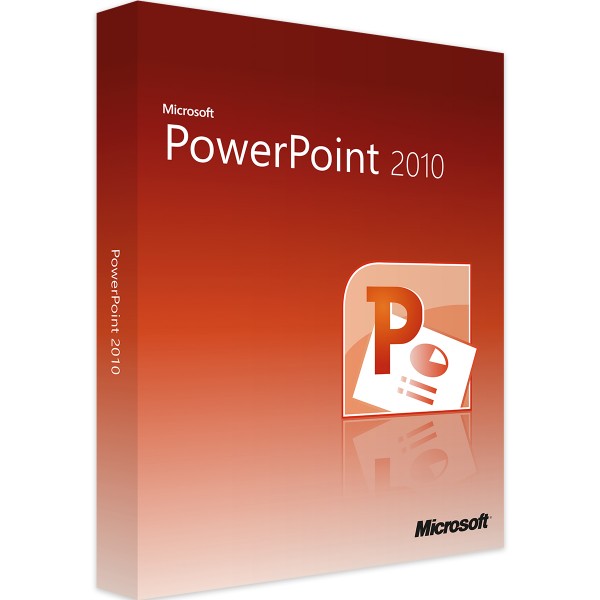 PowerPoint is one of the most popular components of Microsoft's Office suite. Along with Word and Excel, this application is used in a particularly professional environment and allows users to create presentations with text, images and speech. When creating a new project in PowerPoint, users can create a fixed number of common pages and fill them with text, images, videos and other elements. PowerPoint 2010 gives users access to earlier versions of established solutions. It is no longer supported by Microsoft and has been superseded by PowerPoint 2013 and PowerPoint 2016.

When is PowerPoint 2010 still valid? When the user
is licensed for Microsoft Office for the first time at home or in the office, purchasing the PowerPoint 2016 version is the best option. PowerPoint 2010 remains valid in certain situations, such as when this generation of Office suites is already in use in the enterprise. Office 2010 requires low system performance, so it's worth downloading even in low-powered work environments. Before users download PowerPoint 2010, these situations should be clarified to determine the best Microsoft Office solution.

One of the most important innovations of PowerPoint 2010 is the integration of visual elements directly into your presentation. In previous versions of the software, only a link was defined. Changes such as renaming a file on your hard drive prevent you from retrieving the file from a presentation created in PowerPoint. After years of use, this change is key to avoiding error messages when viewing images and graphics

Overall, the media spectrum in terms of integration and presentation has improved significantly since this release. The Internet is becoming more and more multimedia. Microsoft offers a simplified integration of this graphic and video version. The new compression method reduces the output file to a fraction of its previous size. This is useful for transferring data and retrieving individual sheets, especially when large files such as images and videos are used in the presentation

If you use office suite programs other than PowerPoint 2010, there are new features for editing files between programs. Text for PowerPoint presentations can be easily created and edited using Word or OneDrive (not included with Microsoft PowerPoint 2010) as a Microsoft Cloud. New rendering features also help you be more productive, such as bringing up individual sheets or entire presentations in your web browser. As with any Office program, you can easily add web apps to incorporate the additional features you need.

If your users are currently using older generation software and want to add another license, then our affordable PowerPoint 2010 is for you. By downloading the program, users will immediately have access to the full version of the world-famous software. Of course, users can also find product keys for Word 2010, Excel 2010 or the entire current and previous generation of Office suites. Depending on your personal productivity and budget expectations, you need to make sure that it is worth downloading your old license or the latest version is suitable for your work environment.