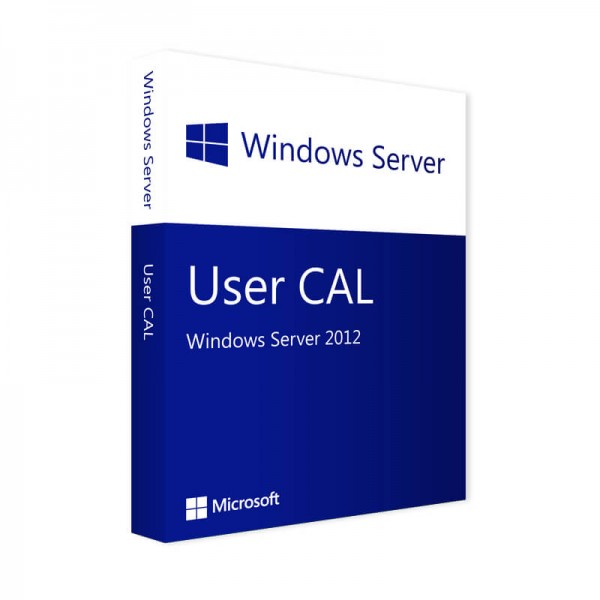 Although the Windows Server was already launched in 2012, the special operating system is still used in many environments and areas to this day. Although the end of support is approaching, as there will officially be no more support for the version from October 10, 2023, the system still enjoys great demand. We support you in its use and offer you the Windows Server 2012 User CAL at particularly attractive conditions. Reach out and use the secure shopping environment with us in the BestSoftware online store, it is definitely worth it for you.

Use the popular Windows Server 2012 in the professional environment

The Windows Server 2012 is a special operating system for server environments. This is not used on a classic desktop computer, but on a server. Here the software convinces with special functions and advanced features, for example in terms of network or disk management, to make files and other information available to external parties. Windows Server 2012 also has the right features for team collaboration. This applies, for example, through the extended print management.

As a basis for the development of the operating system, Microsoft relies on Windows 8. Experienced users will also recognize this from the interface. However, additional elements from Windows Phone 8 are used here to make the system much easier to use, especially on touch devices. However, the interface called ModernUI-Lite welcomes the user by default when Windows Server 2012 is started. This is a slimmed-down version, since many animations and also the transparency effects are disabled. This increases the performance significantly.

Windows Server 2012 differs from the classic operating system for desktop PCs from a technical point of view. This applies, for example, to the features already mentioned for printing or everyday collaboration.

The Windows Server 2012 can be purchased in different variants to date, a total of four editions are available for free. These are the Foundation, Essentials, Standard and Datacenter editions. These allow a demand-oriented use and an individual selection of the right solution, depending on the environment and the company. For the installation of the operating system you have to buy a suitable server license, which you can also purchase very favorably in the BestSoftware online store and use directly.

Tip: If the server is to be accessed by several employees and in the best case always from the same device, you are very well advised to use a Windows Server 2012 Device CAL license is very well advised. This is the counterpart to the Windows Server 2012 User CAL, i.e. a device-related license. If you have licensed one of the devices in the company, in principle an unlimited number of users can work with the server. However, you also have to buy a new license for each new device. So it depends on your individual needs whether the Windows Server 2012 User CAL or one of the alternatives is suitable for you. We offer both versions at a particularly low price, so simply choose the one that suits you best.

Windows Server 2012 is the official successor of Windows Server 2008 R2since this version was released, several years have passed. Accordingly, many innovations and revised features should not be missing. These should make the system fit for the future and improve everyday work even more. The comprehensive adjustments can be seen, for example, in the task manager. It has been completely redeveloped and replaces the old manager from Windows XP and Windows Vista Windows 7 replaced it. Now the running applications are displayed categorized, inactive processes are automatically deactivated. Of course, this clearly benefits the system's performance.

Those who opted for the Standard or Datacenter variants were also able to use an updated version of Hyper-V from the time of release. The virtualization platform now offers even more possibilities and more advanced features for effective everyday work. In addition, a completely newly developed file system now finds its way into the system with Windows Server 2012. This serves as a supplement to NTFS and was specially developed for data storage on servers.

One of the major innovations from Windows Server 2012 is the direct connection of the system to Windows Azure services. The integration of the software in the cloud provides many opportunities to respond to a change in demand, work more effectively and make adjustments. For example, the entire server can be stored and backed up in the cloud if required, but outsourcing processes and other work is also possible with the direct connection. Through this, the manufacturer Microsoft also laid the foundation for effective work in the coming years, because until today the cloud and virtualization take a central role in the field of server work.

Buy your license for Windows Server 2012 User CAL especially cheap now at BestSoftware online store and rely on the attractive benefits we provide for all consumers. This is already evident with a look at the prices, because the access licenses for your Windows Server are available from us at particularly low prices. This is especially true in comparison to other providers and sources of supply on the market. So if you always wanted to save a lot of money, ordering Windows Server 2012 User CAL from us is exactly the right thing to do. Of course, you can expect many other attractive advantages from us. For example, we always deliver the desired products particularly quickly and conveniently by e-mail. This saves you a lot of time, because the access license for the server is already available in your mailbox after a maximum of 30 minutes. In addition, we convince you as a consumer with the best customer service and competent support from experienced experts. Get in touch with us via the handy live chat or also via hotline as well as email, we will be happy to help you with all your concerns in a friendly manner. So take a look now, place your order in just a few simple steps and look forward to the attractive benefits.