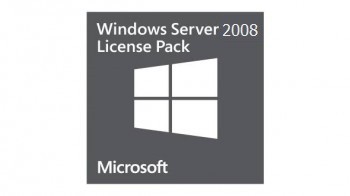 With Windows Server 2008 R2 the manufacturer provides Microsoft provides a powerful and specially adapted operating system for server environments. This offers different functions and many advantages for professional users. So that you can configure your server quickly and easily, we deliver the so-called Windows Server 2008 R2 User CAL especially favorable and very fast. At the same time, we focus on the perfect customer service for you, which we can offer you via live chat, via hotline or even via e-mail. Take a look now and make your purchase, we are looking forward to you.

Windows Server 2008 R2 is a special operating system for server environments and appeared as the successor to Windows Server 2008 in 2009. The popular and mature operating system is still in use in many professional environments today. This is also due to its attractive benefits and special features. Customers can also rely on a secure operating system. Windows 7 is used as the basis, i.e. the classic desktop system that is popular with many users. Accordingly, similarities can also be seen in the so-called user interface. This shows the corresponding tendencies and helps that all users will quickly find their way around. So in many cases, not even a long training period is necessary.

From a technical point of view, there are of course many differences. The Windows Server 2008 R2 operating system, for example, comes with special tools for file management or configuration. Special printing services or support for high-performance hardware are also among the central advantages and features of Windows Server.

Those who want to use Windows Server 2008 R2 in everyday life with all its functions can choose between different variants. These are especially important because of the different areas of use. Depending on the size and origin of the company, the requirements are very different. The so-called Foundation Edition is new. This is primarily aimed at users with limited hardware requirements and for use in smaller computer networks. There are also the versions Windows Server 2008 R2 Standard, Enterprise and Datacenter, when it comes to the classic variants of the operating system. There are also special versions that are rarely used. These are, for example, the Windows Web Server 2008 R2 or the Windows Storage Server 2008 R2. The individual selection of the right variant plays a central role, since these serve different areas and can address several target groups. We will be happy to advise you if you have any questions and offer competent, friendly customer service.

Before you can rely on the sophisticated and attractive features of Windows Server 2008 R2 in your everyday work, you need to make it ready for use with the right licenses. For this, however, you need not only the practical and direct server license, which you can purchase from us, but also the associated access licenses. These are the so-called CALs, a Client Access License. This must be purchased so that users can directly access, configure or make changes to the server from appropriate devices.

Tip: If several employees or colleagues are to access the server directly from the computer in the company, the Windows Server 2008 R2 Device CAL might be an attractive alternative. This always refers to a fixed device, for example a notebook or a desktop PC. Who and how many people then work from this computer is ultimately irrelevant. So please consider whether the Windows Server 2008 R2 User CAL or the alternative is a good choice for your needs and then buy the desired variant at a reasonable price from us in the BestSoftware online store.

One of the biggest changes around Windows Server 2008 R2 has already been mentioned, this is the change of the base system. While the classic Server 2008 was still based on Windows Vista, the manufacturer Microsoft used in the renewed variant the popular system Windows 7. This is also responsible for the revised and new design of the interface. The menus look different, the same goes for the window display and many other areas in the system.

However, there are also some technical changes that should be of great importance for many of the users. This concerns for example the hardware support. With Windows Server 2008 R2, up to 256 logical processors can now be used and supported, which clearly comes into its own in performance-hungry and demanding environments. In addition, the Direct Access function is included in the revised operating system. Users can count on the expansion of the VPN function with this feature. Moreover, VPN connection recovery now works completely automatically with the new version. In addition, the integrated provisioning service can handle the Windows 7 base much better, which also significantly increases the prospects of productive work. 32-bit support is also completely eliminated with the upgrade to Windows Server 2008 R2, and the aforementioned Foundation edition has been reintroduced in the revised system to directly address customers with small computer networks. Finally, a very important and big innovation comes to the Active Directory. This is a kind of recycle bin. This is used, for example, when deleted users or accounts are to be quickly undone.