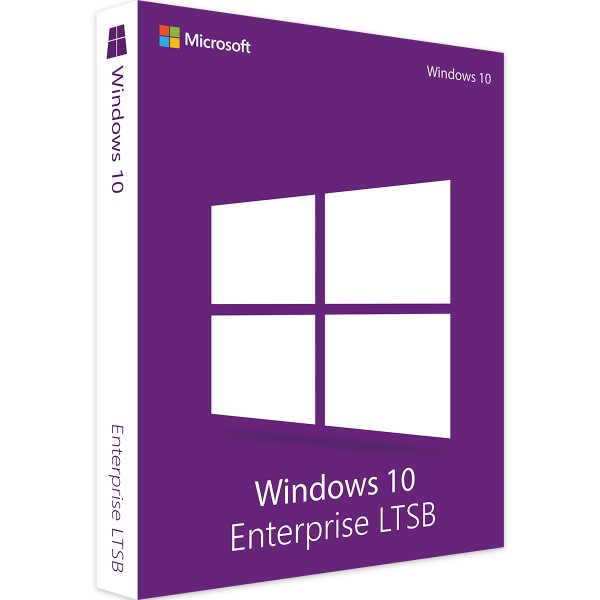 Microsoft Windows 10 Enterprise LTSB 2016 is intended for business computers that run in the background and can do without function updates. These are, for example, computers for checking fill levels or sales systems. These require a lean and stable operating system. This is exactly what this version of Windows 10 Enterprise offers.

LTSB: the abbreviation explained in a simple way

1. Microsoft will support the operating system for at least five years. However, users can choose to purchase a support extension for another five years.
2. The operating system only needs support in the form of updates at long-term intervals. These take place in a standardized manner every two to three years. And users can even switch this off. Security- or function-critical updates ("hotfixes") and other innovations to ensure the integrity of the system are excluded. These are rolled out immediately.

"As it is" - the concept behind Windows 10 LTSB

Microsoft offers Windows 10 Enterprise LTSB based on the "as it is" concept. Put simply, this means that the operating system consists of components that run stably and will still be fit for purpose in ten years' time. Their development is therefore allowed to "rest". To make this possible, the developers have removed all typical user apps, such as OneNote or the Office applications. Accordingly, the system is really only meant for background use. The advantage is that Windows 10 LTSB therefore only has to be taken offline extremely rarely. As an example: ATMs actually always have the identical task. They have to run around the clock. They are therefore classically equipped with Microsoft Windows 10 Enterprise LTSB 2016.

The approach described leads to a problem: If a system is compromised, this is only discovered very late or not at all. That's why not only hot fixes are rolled out immediately. The operating system comes from the factory with the best possible security measures that Microsoft can offer.

Background computers vary in terms of their hardware equipment. Some systems are extremely well equipped - servers, for example. Others, on the other hand, have only weak hardware. This applies to ticket vending machines, for example. Windows Enterprise 2016 LTSBtherefore has low resource requirements. For example, 32-bit processor architectures are easily supported. Users do not have to worry about the system not running on target computers - even if they are ten years old.