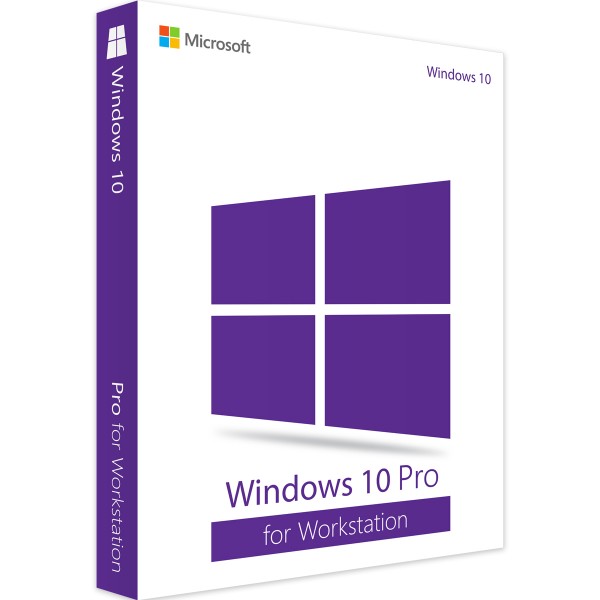 Microsoft Windows 10 Pro for Workstation is designed specifically for computer systems that have to handle particularly heavy workloads. This applies, for example, to video editing, music recording, development or the rendering of 3D models. The "normal" Windows 10 Professional quickly reaches its limits when dealing with high-performance workstations, as it sets limits on the number of processors (CPUs), RAM and storage modules. This "Pro" variant of the operating system, on the other hand, removes those limitations.

The ordinary Windows 10 Professional supports up to 2 TB RAM as working memory. In addition, two processors can be run simultaneously. However, in demanding work environments, these limits are quickly reached. As an example: In video editing, sound tracks, image recordings and effects are often merged from different memory sources in the working memory. In addition, different processors have to shoulder individual tasks in order to complete them simultaneously and thus faster. The Windows 10 Pro variant developed for workstations therefore supports up to four processors simultaneously - as well as up to 6 TB of RAM. It does not matter whether the CPUs are from Intel or AMD. Processors from both manufacturers can also be operated in parallel.

Instead of NTFS, Windows 10 Professional for workstations relies on ReFS or "Resilient File System" as the file system. It is activated ex works and offers a significantly higher protection against data loss than the usual format. However, this is not at the expense of performance. The SMD Direct system provides support for Remote Direct Memory Access (RDMA). What sounds complicated when read, means that data can be moved around the network very quickly and back and forth.

NVDIMM-N refers to so-called non-volatile memory units. These were originally developed for main memory because they are non-volatile. Even after a system shutdown and reboot, data can therefore be retrieved. However, it quickly became apparent that the units are also perfectly suited for system memory. NVDIMM-SSD has almost become a synonym for a particularly fast system memory. Windows 10 Professional for Workstations supports all corresponding units.

Windows 10 for Workstations is also more energy-efficient than other variants of the Microsoft operating system. Computers with this operating system can be shut down and started up with virtually no loss of time. Significantly less energy is therefore required.