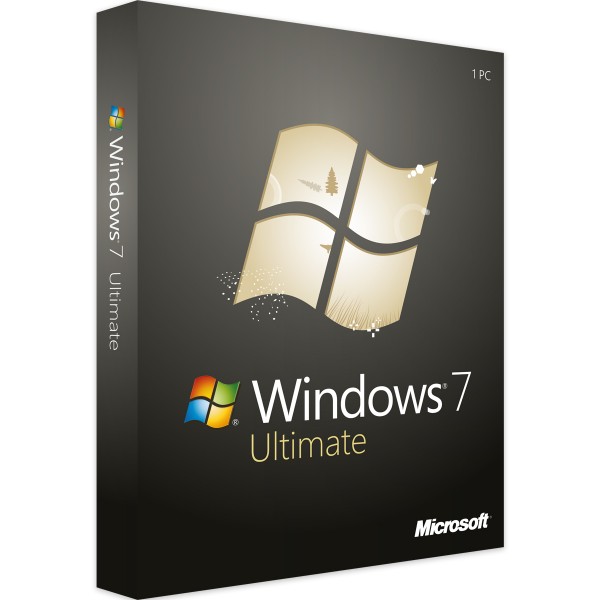 Buy Microsoft Windows 7 Ultimate at a low price: The most important features at a glance

Microsoft Windows 7 Ultimate: These features are only available in this edition of the operating system

Users who buy Microsoft Windows 7 Ultimate at a low price can enjoy a whole range of features that only this edition of the operating system offers. For example, it has a special XP mode that can be used to run older programs. Especially in companies that still work with software written especially for Windows XP, this proves to be a valuable support in everyday life.

Windows 7 has become much simpler and faster compared to Windows Vista (and Windows XP). Superfluous and too complicated functions have been removed from the operating system. Instead, there are innovations on board that make daily work noticeably easier. "Libraries" in Explorer, for example, allow the most important folders to be displayed clearly. The Problem Steps Recorder ensures optimized problem reporting. Jump lists allow quicker access to special data and programs.

Users who buy Microsoft Windows 7 Ultimate at a low price also get an operating system that is noticeably more secure than its predecessors. A new type of security center takes care of this. For example, it has a firewall that reliably defends against attacks from outside. The firewall and virus scanner can be managed and individually set via the maintenance area in the security center.

Windows 7 in the Ultimate edition also has a so-called blacklist, which makes this edition of the operating system interesting for many private users. Programs that are to receive special treatment at startup can be entered on the "blacklist". If, for example, an application is automatically executed that slows down the system, but is needed from time to time and therefore cannot be deleted, its autostart can be prevented in this way. A whitelist is also on board: programs that are placed on this no longer require separate confirmation for execution.