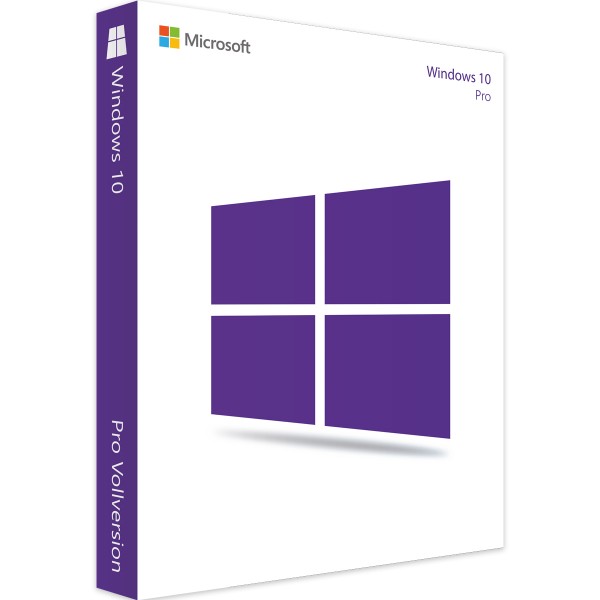 Microsoft Windows 10 Professional: An operating system that keeps getting better and better

Microsoft Windows 10 Professional was first presented to the public in September 2014. Even then, the developers announced a remarkable innovation: They would not continue counting to ten - Windows 10 in all its editions would be the last classic operating system. Instead of presenting a new Windows at some point, this variant should grow and get more and more new features over time. Put simply, Microsoft Windows 10 Pro is an operating system that gets better and better over time. The developers kept their word: Windows 10 was released in all its editions in July 2015 and has already received numerous new capabilities through several major updates since then.

Windows 10 Pro: A classification into the different editions

Windows 10 basically appeared in five different editions: Home, Enterprise, Education, S and Professional (or Pro for short). The Pro version is aimed at demanding home users as well as companies with usual demands on the operating system. All versions are equally available for notebooks and desktop computers.

Microsoft Windows 10 Pro offers the basis that every demanding user needs who works with their computer for business, school or university. For example, the usual programs are included that are needed for the calendar, managing mails and editing music and videos. Also on board is the new DirectX 12, which is used for graphics optimization. Windows 10 as a Pro version also opens up the option of using the cloud-based directory and identity management service Azure Active Directory. This way, "Software as a Service" apps like Dropbox or Microsoft's own Office 365 can be used.

Attention!!
With this product key an upgrade from Windows 10 Home to Pro is not possible.
For this please have a look at the following product, click here.